The Flipped Learning 3.0 Lesson Planning Specialist Certification was created to solve the biggest problems faced by teachers as they prepare to flip:  An adequate picture of what a flipped class looks like, strategies to use planning time efficiently, and simple workflows to actually flip your classroom.

This course is a master class on effective planning strategies in the Flipped Classroom. You will learn how to plan in ways that are simple and effective.

The course contains 10 class tours of flipped classes and many downloadable templates you can use to speed up your planning, and accelerate your adoption of Flipped Learning.

The course includes sections on:

Most importantly, you will learn from some of the most experienced and accomplished pioneers, master teachers, researchers, instructional designers, and Flipped Learning practitioners in the world.

You’ll complete this master class with the confidence to plan effectively regardless of what you teach or how you use class time. You'll also receive the Flipped Learning 3.0 Planning Specialist Certification to add to your professional resume.

(See details on pricing options at the bottom of the page.) 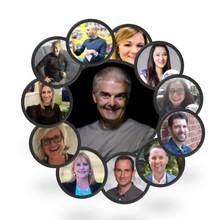 Jon Bergmann is one of the pioneers of the Flipped Class Movement. Jon is leading the worldwide adoption of Flipped Learning by working with governments, schools, corporations, and education non-profits. Jon is coordinating or guiding Flipped Learning initiatives around the globe including China, Taiwan, Korea, Australia, Singapore, Thailand, the Middle East, Iceland, Sweden, Norway, the United Kingdom, Italy, Spain, Mexico, Canada, India, South America, and the United States.

Jon is the author of twelve books including the bestselling book: Flip Your Classroom, which has been translated into 13 languages. He is the founder of the global RESCON conferences which are dynamic engaging events which inspire educators to transform their practice by reaching every student in every class every day.

He spent 24 years as a middle and high school science teacher before becoming the lead technology facilitator for a school district in the Chicago suburbs. Jon is a master storyteller, captivating audiences around the globe. He has a knack for taking complex things and simplifying them through story and humor. Jon hosts a radio show, The Flip Side, He also has a popular YouTube Channel with over three million views.

In 2002, Jon received the Presidential Award for Excellence for Math and Science Teaching; and in 2010, he was named Semi-Finalist for Colorado Teacher of the Year. He serves on the advisory board for TED-Education. In 2013, was named one of Tech & Learning's 10 Most Influential People of the Year, and was also a finalist for the Brock International Prize for Education and winner for the 2013 Bammy Award presented by the Academy of Education Arts and Sciences.

Mareika McLaughlin has been an ESL teacher for about 10 years and an instructional designer full time for about five years. She has taught ESL classes to every age group: primary school, high school, university and adults, as well as to every skill level: pre-literate adult refugees, beginner, intermediate, advanced, and highly qualified and accomplished professional adults (e.g. CEO’s of international business, attorney to the President of the Republic of Cape Verde etc.) Mareika has now transitioned into the completely online environment in her current position. She works at Berklee Online as an Online Course Developer. This position combines the art of instructional design with project management. Each course developed is a mini project. The course developer is responsible for putting all the pieces together, and keeping everyone involved on track. Mareika has lived and worked on five continents (North America, South America, Europe, Asia and Africa) and speaks five languages to varying degrees of fluency: English, Portuguese, Cape Verdean Creole, Spanish and German. She even has a touch of Chinese, but only the very basics.

Laura Cimetta is an Italian High School teacher of ESL Literature. Laura has 30 years of experience in public High schools. As an e-learning author, blogger and teacher trainer, she has always been keen to learn & try innovative practices in her teaching practice, such as the use of Blog, Blended Learning, BYOD & Flipped Learning. She is passionate about the ways digital technology can help students be more engaged, as well as unleash their creativity when studying literature in a foreign language. Laura has achieved Flipped Learning Certification Levels - I & II.

Scott Osborne is an Algebra II teacher at Central High School in Baton Rouge, Louisiana with 18 years of teaching experience.  Scott is the Math Department Chair, and has been flipping his class for the past six years.  Scott is also a Flipped Learning Ambassador.

Joanne Ward (M.B.A) is an international faculty of Flipped Learning Global Initiative. She serves as a secondary math teacher in an international school in Taipei, Taiwan. She has successfully flipped her class for three years. Her flipped journey has led her the certificate of appreciation at her school in the school year of 2015-2016.

Sara Lambert teaches years 3-4 at Ashhurst Primary School, the first flipped school in New Zealand. She has been flipping her classroom for the last 2 years, beginning with single curriculum areas and now using the In-Flip model to structure all of her learning programmes. Her pedagogical passion is to involve students in stimulated learning within an engaging environment which fosters hands-on experiences and applied learning. Sara was selected for the national Science Teaching Leadership Programme in 2017, and now uses the Flipped Mastery model to lead school-wide science Professional Development for staff.

Carolina Buitrago is a teacher educator. She has worked in the field of English Language Teaching since 2001. Carolina has performed tasks in different educational fields. She has been an English teacher, teacher supervisor, teacher trainer, thesis director, University professor, and has also worked as an associate editor for a couple of indexed journals. Carolina is a research enthusiast and has worked on varied research projects involving Flipped Learning.

Stephanie Quarato obtained her Master of Arts in Educational Leadership from Central Connecticut State University, and her Sixth Year Degree in Administration and Supervision from Sacred Heart University. Stephanie continuously researches and joins global conversations about the flipped classroom in order to provide unique and informative professional development, as well as to continue to flip her classroom successfully. In addition, Stephanie plans to use the in-flip model to reconstruct the math intervention program. She aspires to be a school administrator and plans to continue to use the flipped classroom to flip professional development workshops. She has been teaching middle school math for nine years and will be taking on the role of the math coach, interventionist, and specialist at her school. She is a FLGI certified trainer and has also obtained Flipped Learning Certification Levels I and II, as well as working on completing the differentiating a flipped classroom certification.

Peter Groom is a Year 2 class teacher and Curriculum Leader at Taipei European School, Taiwan. Peter enjoys experimenting with different ways that Flipped Learning can be used to engage younger children and their parents in learning. He also collaborates with other teachers to explore how Flipped Learning can change their classrooms too. Peter has been Flipping his classroom for 2 years and has completed the Flipped Learning Certification Level - I.

Ryan Gill (M.Ed., B.Sc. PGCE) is the Head of Teaching and Learning and a Geography and Society and Culture teachers at Masada College, Sydney, Australia. As an educator, his core philosophy is that learning is a product of thinking. Early inspiration came in the seminal work of David Leat and the team at Newcastle University, UK and later alongside the Harvard University Graduate School of Education Project Zero team. He is a key figure in the development of Cultures of Thinking and the Flipped Learning pedagogies across Australia, regularly facilitating at conferences and educational institutions, including a range of courses developed at the highly acclaimed Masada College 'Think Centre'.

Pete Whiting got interested with Flipped Learning when a student was out sick and he started making videos for her. When he realized what was good for her was good for all of his students, he was hooked. Now, five years later he is considered one of the gurus in bringing Flipped Learning and gamification together. Pete teaches secondary science in Australia.

Jake Habegger is an 8th grade American history teacher at Freedom Middle School in Franklin, TN. Jake’s goal is to invigorate student learning by meeting them where they are by using technology through the Flipped Mastery Model with elements of Standards-Based Grading. He also has a channel on YouTube where he shares his lectures, rap battles, and history song parodies at Mr. Habegger History.  Jake is a Master Flip Teacher and founding member of the International Faculty with the Flipped Learning Global Initiative (FLGI). He is one of the “Top 100 K-12 Teachers Leading Flipped Learning Worldwide”.

Almost all versions of FL in one go!

by C. Harun Böke
The experts from all over the world sharing their expertise and experience on almost every version of Flipped Learning is simply mind-blowing. Not only them, but also other fellow trainees shared their amazing experience and valuable thoughts, which, often were eye-openers. Thank you, Jon, for this great course. Definitely a must for Flippers.
Read more
by Lucia Teague-Schellekens
by Henry Ucharico

Almost all versions of FL in one go!

by C. Harun Böke
The experts from all over the world sharing their expertise and experience on almost every version of Flipped Learning is simply mind-blowing. Not only them, but also other fellow trainees shared their amazing experience and valuable thoughts, which, often were eye-openers. Thank you, Jon, for this great course. Definitely a must for Flippers.

Straight talk about lesson planning for the flipped classroom

by Jane Blystone
This whole course has been empowering. I have been working to flip my classrooms for the past 8 years and this has helped me see the need for individual and group learning space. I have learned unique ways to differentiate not only the tasks but the assessments that are part of the learning process. This was intense, but worth all of the time I spent learning these new approaches and tools.

by Hannah David
Excellent questions and answers, classroom videos and panel of experts.

by Marta Pérez Calvo
I am going recommend this course to all my colleagues. All the contributions are inspiring!!!!

That's the way weDO it!

by Laura Cimetta
I've loved this course because it allowed me to see what happens when other teachers, from all over the world, personalise their way of Flipping their classes. I've enjoyed every minute of it especially when peering and visiting their classes while they were explaining the reasons for their methodological choices, because I could better understand HOW they plan their lessons, also if different subjects from mine. Following their planning workflow I've got new insights that may help me address and improve what doesn't completely satisfy me. Seeing so many committed Experts and engaged learners gave me Hope for the future of Education. Thanks!
Buy $89.00
$69.00
90 Days of Training Site Access / Lesson Planning Specialist Certification Certificate and Badge/ No Access to Course Updates
Buy Now
We suggest moving this party over to a full size window.
You'll enjoy it way more.
Close
Go Fullscreen