The Flipped Learning Global train the trainer certification program was created to give Flipped Learning instructors around the world access to the most current global research, global best practices and proven technology.

The train the trainer program is the first of its kind. It combines the latest Flipped Learning 3.0 insights, with best practices gleaned from over a decade of delivering flipped training workshops in various subjects, academic levels, countries, and languages around the world. Learn the critical components of how to lead others through the process of changing from traditional models of education to Flipped Learning. 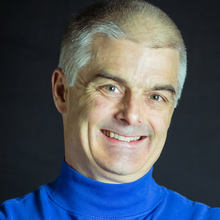 Jon Bergmann is one of the pioneers of the Flipped Class Movement. Jon is leading the worldwide adoption of Flipped Learning by working with governments, schools, corporations, and education non-profits. Jon is coordinating or guiding Flipped Learning initiatives around the globe including China, Taiwan, Korea, Australia, Singapore, Thailand, the Middle East, Iceland, Sweden, Norway, the United Kingdom, Italy, Spain, Mexico, Canada, India, South America, and the United States. Jon has traveled over 750,00 miles providing Flipped Learning professional development to educators from k12 to higher ed and corporate trainers.

Jon is the author of thirteen books including the bestselling book: Flip Your Classroom, which has been translated into 13 languages. He is the founder of the global RESCON conferences which are dynamic engaging events which inspire educators to transform their practice by reaching every student in every class every day.

He spent 24 years as a middle and high school science teacher before becoming the lead technology facilitator for a school district in the Chicago suburbs. Jon is a master storyteller, captivating audiences around the globe. He has a knack for taking complex things and simplifying them through story and humor. Jon hosts a radio show, The Flip Side, He also has a popular YouTube Channel with over three million views.

In 2002, Jon received the Presidential Award for Excellence for Math and Science Teaching; and in 2010, he was named Semi-Finalist for Colorado Teacher of the Year. He serves on the advisory board for TED-Education. In 2013, was named one of Tech & Learning's 10 Most Influential People of the Year, and was also a finalist for the Brock International Prize for Education and winner for the 2013 Bammy Award presented by the Academy of Education Arts and Sciences.